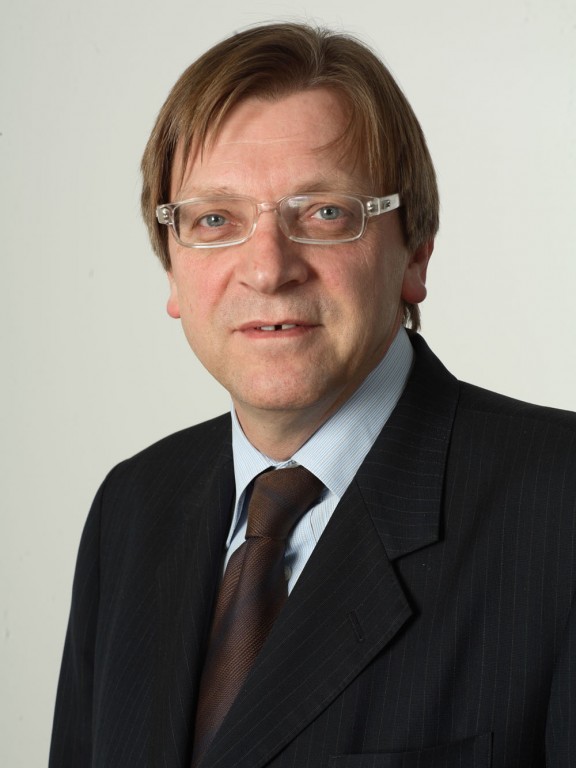 Law at the University of Ghent

Started as a lawyer, as an advisor to Willy De Clercq, President of the PVV and Minister of Finance

1971-1975
Active member and subsequently President of the Union of Liberal Students of the University of Ghent (Liberaal Vlaams Studentenverbond, LVSV)

1977
Political Secretary to the President of the PVV, Willy De Clercq

1982
President of the PVV. At 29, he was the youngest party President in the Country.

1985-1988
Member of Parliament and subsequently Deputy Prime Minister and Minister for the Budget, Science Policy and Planning, in the Martens VI government

1997
President of the VLD, for the second time

2007
Member of the European Parliament and President of the Alliance of Democrats and Liberals for Europe group.

2008
In order to recover from a government crisis, Guy Verhofstadt was appointed Prime Minister of an interim government prior to Yves Leterme forming a definitive government.